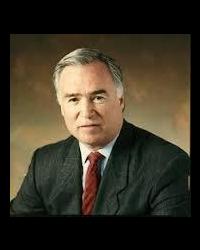 Richard (Dick) Lindenmuth has been a corporate performance advisor and Chief Executive Officer in a number of industries, with business models ranging from high-technology and services to heavy- and basic-industries. He has more than 30 years general management experience in domestic and international operations, and he is noted for his comprehensive execution skills in both high-growth and distressed environments.

Dick has advised many of the nation’s premiere private equity and investment firms. For Highland Capital Management, one of the world’s largest distressed investment funds, he was a primary crisis manager and corporate performance executive. Dick has served as CEO for more than ten companies and corporate performance advisor to numerous others. A short list of his executive roles includes Amcast Corporation, Quantegy and number of corporate performance leadership positions for global banks and private equity firms.
Dick’s corporate leadership experiences are broad and international. He began his career at the Singer Sewing Machine Company in treasury and international finance, where he advanced rapidly to General Manager of The Middle East and Africa. He was also the Director of International Operations for Bendix Automotive, where he helped spearhead industry-changing joint ventures, such as RENEX (Renault and Bendix) and brake manufacturing operations in Korea for Hyundai before the Hyundai automobiles were imported into the USA. He also forged the acquired technology companies that were part of Burroughs (now Unisys) into one strategic unit.
He was President of ITT’s Business and Consumer Communications Group, where he led 20,000 employees through rapid deregulation and grew the revenues four fold to record profitably in record time. After his successful turnaround at ITT, the company was sold and is now part of Alcatel.
Dick is currently managing partner and co-founder of Verto Partners, a firm consisting of senior advisors and interim executives who literally are the who's who of CEO leadership from around the country.
You can reach him at [email protected] or at 919-889-3851. He welcomes questions in inquiries.