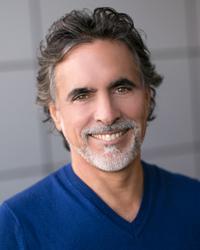 From a young age, Rick Paris was seen as a healer, which began as a child in kindergarten, working with school supervision to assist children with depression and separation/divorce anxiety. His gift as a healer was discouraged by his mother’s and family’s religious views. Yet, he never lost his interest in the magic of healing. Rick always questioned the concepts and ideals that most children inherit from their parents as truth. He recognized the inhibitions inherent in Catholicism and left the Catholic Church at age 9. His perspective was one that didn’t fade and eventually led him on a journey of shamanic studies that changed his life.

Rick is a sort-of mechanical savant, with an early ability to diagnose and repair most household items. At 8 years old he received his first motorcycle by a neighbor challenging his mechanical skills, “If you can fix it, you can have it.” Two days later it was running. Rick has been hooked on motorcycles ever since.

In high school, he invented and built the first variable outlet AC adapters so he could run all his toys off the AC outlets in his bedroom, rather than having to buy batteries. Rick was a Dean’s list recipient and the only one on the list who refused to attend college. For fun, he took the military entrance exam with a friend, and ended up scoring higher on the test than anyone from his city. He had also scored in the top 1% of people on an IQ test in the arena of Spatial Mathematics (pattern recognition). He was offered, “anything you want to do.” So he became a Structural Jet Mechanic (A-6 Intruder) and a Nuclear Weapons Loader on the USS Nimitz. He received The Honor Man award out of boot camp for his company (the highest award achievable), as well as placed number 2 out of approximately 600 recruits. On the flight deck of the USS Nimitz, ranked as an E-4, he was unofficially assigned an E-7 Billet (a job which required a minimum of 8 years in service), held that for 2 years and was nominated the Navy Achievement Medal (the highest award given in peacetime). That was awarded for his outstanding attention to detail, commitment to service, and his part in receiving the McClusky award for his squadron for 2 consecutive years.

After the Military, Rick Paris moved to Los Angeles to pursue a life of excitement. He owned several businesses, Richard Paris Enterprises, in which he became one of the most sought-after automotive painters in the country, specializing in Ferraris and vintage racecars. He has won many coveted awards including Best of Show in the Concours d’Elegance in Pebble Beach, Calif. He managed the Body and Paint division of Vector Aeromotive, which at the time was touted as the fastest production car ever made. A carbon fiber American Sports car, which was able to exceeded 240 MPH. Rick was one of the first pioneers to open exclusive surf shops for women, “Rip Girl” and “Surf Like A Girl” in Southern California. He offered women’s surf camps on the weekends and was the first to shape commercialized custom surfboards for women.

All of these experiences were laying the groundwork for deeper understanding of the constructs that we create for ourselves, and the infinite possibilities that many of us choose not to create. One day while sprinting across the street on a busy LA boulevard, Rick was hit by two cars and died. He was dead for approximately eighteen minutes and crossed over completely through “The Light” to the other side. Not a near death experience (NDE), but a death experience. He saw the patterns we hold in between worlds (the liminal) as well as beyond the liminal. He saw that he had been so close to something that he had always wanted – to bring in a new way of being, thinking and spirituality to this world, and could see he was positioned in this lifetime to do so. After he spent what seemed like many years learning how to return, and how to heal his twisted body, with one intentional breath, he came back to start out on his new path of fulfilling this desire. He saw that what he knew all along – that humans create 100% of their reality – was, in fact, true. Because he held that belief so completely, he was able to return at will, claim to the physician in charge of ER, he would be able to heal and “walk out tomorrow injury free” if they worked together. Using this knowledge, he also created the space to call in his life partner, Grace, and together they work with people all over the world to overcome limiting patterns to create the life of their dreams.

Rick has been a shaman for over 20 years and has been guiding people to fuller existences since his first workshop in 1995. He is versed in a wide variety of healing arts. He is also an Enneagram expert and has studied with shamans, leading healers and experts in the healing arts industry.