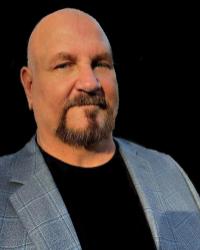 Rick Warner is the Executive Director and the Director of Investigations for ERC- Extraterrestrial Research Center. Over the past several years, in addition to becoming a certified UFO Field Investigator through MUFON, Mr. Warner is also a UFO researcher, and is the U.S. Ambassador to the Italian UFO Federation FUI. He is also the Lead Investigator, Tech Manager,  and Director of Client Relations for Phantom Detectives a paranormal investigaton group. He has appeared on several radios shows and podcasts as well as a TV show Docudrama series episode called "Unstoppable".
He has always had a lifelong interest in UFO’s and the paranormal since he was a child. Including his own experiences of spotting a UFO as well as several ghostly visitations. Mr. Warner is currently employed doing construction part time, and teaching private martial arts lessons. In addition, he is studying forensic science, information technology, and has earned several certificates in several subject areas including: UFO investigations, astronomy, space travel, information technology, and business development.