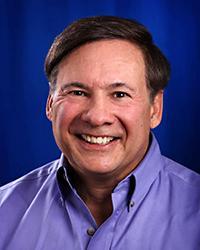 Rico Racosky’s early life was a very active combination of his love of all things aeronautic and his passion for art. So it might not come as a surprise that both of these “visual careers” are still playing out in his life in a major way--in his dual careers as a former fighter-pilot-now-airline-pilot and as an author/publisher of multiple graphically-original books, that quickly and clearly explain life through visuals rather than mere words.

Starting at the age of two, Racosky is captured in a photo creating an airplane from wooden clothespins. A few years later he had graduated to building model airplanes. And when he wasn’t doing that, he was creating skilled nature and landscapes. Faced with a choice of whether to attend college to pursue commercial art and graphic design, or aviation, he applied to schools for each. And when a spot in aviation opened up, he took it, relegating art to a hobby--for the moment.

He went on to fly F-16s and several other jets for the U.S. Air Force for several years before currently flying as a pilot for Southwest Airlines. Along the way on his days off from being a pilot, his life expanded into being an author, speaker, and inventor. One day when he was invited to address a group of high school students, he made an “accidental discovery”—a flash insight came for a series of very successful books on goal setting and positive choice for kids in grades 4-12 using a simple formula that he wrote on the chalk board that day-- dreams + action = Reality®. Over several years, this dream became reality through his first three books:

Not surprisingly, these books are infused with Racosky’s vivid artistic sense of design and visual explanations, which tie in with aviation’s precise use of instruments—visuals in the cockpit—that instantly give the pilot the immediate feedback to performance. This visual connection between art and aviation led Rico to invent and patent graphics that precisely pinpoint the “performance” of every person’s choices with immediate feedback so they can quickly get on the path of positive choice and sustain that new positive direction—for a lifetime.