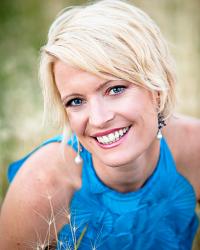 Rikka Zimmerman is a global leader in consciousness, energy transformation and a true example of Being the Change we all desire for the world. Rikka has envisioned a dream of a new reality and is leading the way for many. She holds large seminars, tele-classes, offers private sessions and group classes and has just released her new book, audio collection and consciousness card deck 21 Secrets of the Universe; Getting Everything You Desire Out of Life. Rikka is a facilitator of Access Consciousness, a set of tools to literally transform anything in anyones life and is acclaimed internationally for this work. She is also a very talented photographer and is signed recording artist with Do Rite Records. Rikka has been a featured guest on Change Makers Radio with over a million listeners, Empowering Talk Radio; a co-creator radio network, Leading from Within, the Aspen radio show, on Television with the Rev. Michael Beckwith at his Agape church, and has just launched a her own radio show on the World Puja Network broadcasting to a network of 900,000 in 138 different countries. Her profound and engaging speaking style, and ability to draw large crowds has enabled her to be the keynote speaker at many events, including the Metaphysical Fair in March; this is the third year Ms. Zimmerman has been a featured speaker at the Conscious Life Expo. Rikka is also a co-founder of the Leaders for a Conscious World and was applauded for all her contribution to consciousness at the global launch, which she also spoke at. She recently auditioned for the Oprah Show, and is appearing in a film by Ike & Chad Leap Movie later to be released. Her infinite joy, sense of compassion, and utterly breathtaking awareness is bursting through barriers of limitations and allowing everyone to receive more. There are many opportunities to attend one of her classes, private sessions or audio telecalls. Rikka and Access Consciousness are actually giving us the tools the movie and book the Secret left out. Any encounter with Rikka is sure to inspire, enlighten and bring a beautiful sense of new possibilities. For more information on Rikka and Access Consciousness go to www.rikkazimmerman.com and ask the questionwhat else is possible?