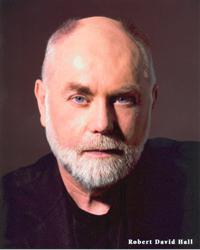 Robert David Hall has played the chief medical examiner Dr. Albert Robbins on CBS TVS CSI: Crime Scene Investigation for 13 seasons and seen in over 130 countries.
A double leg amputeeburned in a car accident in 1978 - 60% of his body was burned - he lost both legs and a devoted community activist, he is one of the most prominent disabled actors working today. Hall serves on the Board of Directors of the National Organization on Disability and was honored by California State Leaders for his contributions as one of the Founders of I AM PWD Inclusion in the Arts & Media of People with Disabilities. He is National Chairman of the Performers with Disabilities Caucus for SAG, AFTRA and EQUITY. He introduced President Obama on the White House lawn to celebrate the 20th Anniversary of the Americans with Disabilities Act
Music has always been a part of Halls life. He has been playing in a band since High School and plays guitar. His band performed on the Grand Old Opry Radio Show from the historic Ryman Auditorium in Nashville. His first CD Things They Dont Teach You in School was released last June. Hall wrote most of the tracks including the title song.
Many organizations have acknowledged Halls fine work on the behalf of the disability community. He tours the nation speaking to various groups.