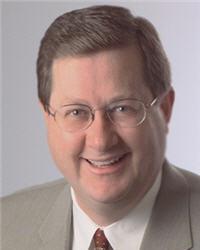 The authors of "The One Minute Millionaire", Robert G. Allen and Mark Victor Hansen, get more specific about making money fast in this new work. Showcasing real-life stories of men and women who have capitalized on their own million-dollar ideas, this book is the ultimate tool for unleashing the inner entrepreneur.

A popular talk-show guest, Allen has appeared on hundreds of programs, including "Good Morning America" and "Larry King Live." He has also been featured in the Wall Street Journal, Newsweek, Barron's, Money Magazine, and Reader's Digest.

Mark Victor Hansen is coauthor of the phenomenally successful Chicken Soup for the Soul series, and Robert G. Allen is the author of the blockbuster paradigm-shifting bestseller Nothing Down. But it wasn't always that way. Neither author is a stranger to failure. Both have lost everything-more than once But, independent of each other and over time, these two men came up with principles for helping both themselves and others. They began conducting their business lives along enlightened lines, and since then their joy and their wealth have grown exponentially.

Now, with this book, Hansen and Allen have teamed up to provide you with their time-tested tenets for unlocking the secrets of creating Enlightened Wealth. The keys lie in the book's four wealth codes:

Along the way you'll read stories of people just like you who have discovered the extraordinary lives they were meant to live and stepped into them. You'll learn how to turn your unknown assets into millions, create your own Enlightened Wealth Statement, unleash the power of "hundredfolding," follow the 101-Day Plan to your first million, and use Residual Philanthropy to pave your way to even greater wealth.

And the beauty of it all is that the first tumbler to click into place is found inside of you-it's based on doing what comes naturally. Once you determine what you love to do and the pages ahead have dozens of tips for doing so, you enlighten your journey with the fire of your true passion.