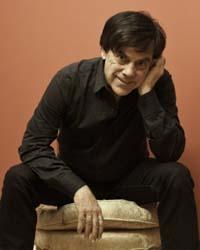 Robert Coxon was born in Montreal, Canada and started playing piano at the age of two. He studied music at McGill University. He has been nominated four times for the prestigious "Felix" award French equivalent to the Grammy, and quickly became Canada's best-selling New Age artist.


Robert began travelling with Lee Carroll and Jan Tober in 1998, and has remained as the musical identity of the Kryon work to date. When not on tour, Robert spends time in his studio scoring for television and writing for both his next albums and his many concerts worldwide.