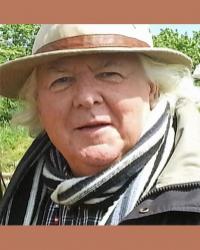 Robert Moss has been a dream traveler since doctors pronounced him clinically dead in a hospital in Hobart, Tasmania, when he was three years old. From his experiences in many worlds, he created his School of Active Dreaming, his original synthesis of modern dreamwork and ancient shamanic and mystical practices for journeying to realms beyond the physical and growing creative imagination. He has led popular workshops all over the world, including a three-year training for teachers of Active Dreaming and online courses for the Shift Network.

A former lecturer in ancient history at the Australian National University, he is a New York Times bestselling novelist, poet, journalist, and independent scholar. His many books on dreaming, shamanism, and imagination include Conscious Dreaming, The Secret History of Dreaming, Dreaming the Soul Back Home, The Boy Who Died and Came Back, Sidewalk Oracles, and Mysterious Realities. His latest book, Growing Big Dreams: Manifesting Your Heart's Desires through 12 Secrets of the Imagination is a passionate and practical call to step through the gates of dreams and imagination to survive hard times, travel without leaving home, and grow the vision of a more abundant life so rich and strong that it wants to take root in the world. He has lived in upstate New York since he received a message from a red-tailed hawk under an old white oak. His website is www.mossdreams.com