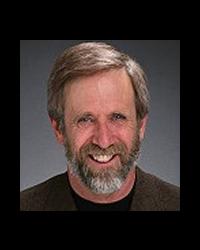 Robert Otto, has had a professional career that spans more than two decades. He is the recipient of numerous awards in the field of human potential, including the National Guild of Hypnotists 1997 Ormond McGill Award for Outstanding Faculty Member. The 2002 Therapist of the Year Award from the Mid America Hypnosis Conference, The 1996 Sealah Award from the International Hypnosis Hall of Fame. In October 2002 Robert was awarded the prestigious Pebble in the Pond Award by the International Medical and Dental Hypnotherapy Association. In May 2003 Robert was awarded the Innovative Therapy Award for his contribution of the Vertigo induction and 2004 as Educator of the Year by the International Association of Counselors and Therapists.

Robert is also past president of the International Hypnosis Hall of Fame Guild Inc, where he served for 5 years. He has worked with major hospitals and corporations, and has had frequent guest appearances on radio and television. He has been featured in dozens of newspapers and magazines and is a regular contributor to professional hypnosis journals. His work has been selected for inclusion in the recently released hypnotherapy texts entitled McGills Encyclopedia of Hypnotherapy, the New Consumers Guide to Hypnotism, The Obvious Expert, Everyday Miracles in Hypnotherapy and Hypnotize This. Robert is the producer of numerous programs on behavior modification and human potential where his trainings have received international acclaim. As a pioneer in the profession, he is the first hypnotist to receive a Certificate of Special Congressional Recognition listed in the Library of Congress. For the last 4 years, Robert has been the President and CEO of both the International Association of Counselors and Therapists and the International Medical and Dental Hypnotherapy Association.