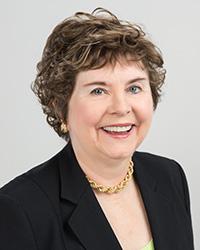 Roberta Grimes is an Austin-based business attorney who had two extraordinary experiences of light in childhood that prompted her to spend decades studying nearly 200 years of abundant and consistent communications from the dead. Using this material and the principles of quantum mechanics, eventually she was able to figure out what her experiences of light had been, and she managed to learn a lot more besides; among other things, she found that Jesus had told us 2000 years ago a number of things about God, reality, death and the afterlife that we could not have confirmed before the Twentieth Century. Roberta shares many of her discoveries in The Fun of Dying - Find Out What Really Happens Next Greater Reality Publications, 2010. A sequel, The Fun of Staying in Touch Wheatmark, fall 2014 will detail some astonishing recent advances in the field of after-death communication.

Roberta published two novels in the early nineties before her law practice and rearing her family intervened. They are Almost Perfect Berkley 1992 and My Thomas - A Novel of Martha Jefferson's Life Doubleday 1993 BOMC QPB. She has lately returned to writing fiction, and in 2014 both of her early novels were reissued by Tucson-based Wheatmark.

Using some of what she has learned from the dead about human nature and the nature of reality, in 2014 Roberta is also publishing through Wheatmark the first three volumes of a seven-novel series that explores who and what we really are through the prism of a series of powerful love stories. The first two volumes of the Letters From Love Series are Letter From Freedom and Letter From Money, already out; Letter From Wonder will be issued in the fall.

She is on the governing board of the Academy for Spiritual and Consciousness Studies. In 2014 she co-chaired the Academy's 38th annual conference, entitled. New Developments in Afterlife Communication. In 2015 she will co-chair the annual conference of the Academy's Afterlife Research and Education Section entitled Life in the Afterlife, to be held in September of 2015 in Scottsdale, AZ. A graduate of Smith College and Boston University School of Law, Roberta blogs and answers questions at robertagrimes.com.