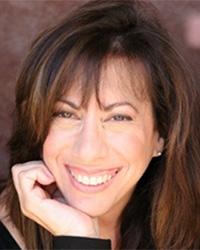 Rochelle Marmorstein started her career with famed musical artist Frank Zappa, after graduating UCLA, magna cum laude in 1979. She worked in feature film and television before entering the world of finance and owned a successful mortgage brokerage company for over 25 years. Influenced by the teachings of spiritual philosophers like Deepak Chopra and working with Anthony Robbins in the area of personal development and self-transformation, Rochelle cultivated a passion to help others empower themselves. Dedicated to raising the consciousness through the unparalleled power of media, she returned to the arts, devoting the last 5 years to developing a film that reflects the magnificence of the human spirit in action, and the THE SHIFT.

From her background in Theater Arts she possesses a creative genius allowing her to develop a simple concept into one that transcends the superficial and tells a human story with depth and meaning. She produced and directed two critically acclaimed documentaries: "The Pen Picture" and "Dear Great, Great Grandpa." THE SHIFT trailer, Rochelle created was released on the Internet and has received a phenomenal response from 144 countries, igniting the yearning for the hope and possibility that to a SHIFT to new worldviews and lifestyles that encourage sustainability, collaboration, love and peace.

End of 2009, Oprah recently spoke about the film and the movement with our star Derrick Ashong on Oprah radio, a testament to the power of this message and its movement into the mainstream.