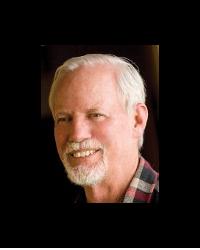 Ron Ballard carries a life long interest in politics as well as his love for Christian Science.

Ron graduated with a degree in political science from Claremont McKenna College in California where he worked during college for a political campaign firm that conducted campaigns for Congressional, Gubernatorial, and Presidential candidates for several political parties. Soon his interest in politics took a different turn as he began to see the possibilities of prayer-based efforts in moving human thought to more encompassing political solutions. He left his position as a campaign consultant and entered the full-time healing ministry of Christian Science, a field in which he has worked for almost 40 years.

His political interest followed him as he worked with clients on both sides of the aisles in Congress and in the White House as well as in some state houses. He discovered that many political leaders and policymakers rely on prayer to make humane, compassionate, and intelligent decisions. He holds the conviction that all real social change comes as a result of a change in human consciousness and that there is no more effective way of helping that change than through prayer. His contributions over the past few decades to the Christian Science periodicals and the Board of Lectureship have focused on that conviction