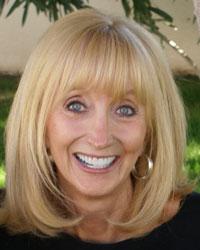 Sandy Cowen has been a business and community leader for more than 30 years, most notably as President and owner of her own advertising and marketing consulting firm from 1973 until 2003 and most recently as CEO of Fresh Start Womens Foundation from 2003 to 2007.

She has served as Chairman of the Board or in other significant leadership roles with a variety of nonprofit organizations such as: the Phoenix Chamber of Commerce, Samaritan Health System, Phoenix Childrens Hospital, Trends Charitable Fund, Gladys Taylor McGarey Medical Foundation, AWEE and Fresh Start, where she served 2 terms as founding Chair and was the programmatic architect of the first comprehensive self-help center for women in the country.

She has served on task forces and committees, appointed by four governors and three mayors and has also been an Arizona Lottery Commissioner. She was also recognized by Valley Leadership in 1992 with their Visionary Award, in 2003 by the YWCA with its Tribute to Women Award and was a finalist twice for the coveted Athena Award and has received countless professional awards and honors.

Sandy is a member of MENSA and two distinguished by-invitation groups: the International Womens Forum, for notable women worldwide and Charter 100, where she has been a member since 1982 and was past President.

Today Sandy is a writer, speaker, Holistic Healing coach and intuitive who helps people find perfect answers to heal outside of conventional medicine. She will share with you today part of this journey with the hopes that it will ignite a spark in you to see another path in your own journey of healing.