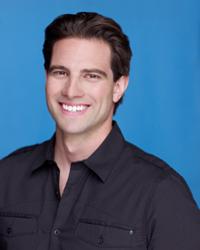 McGillivray is best-known as the host of HGTV's hit series, Income Property. In each episode, he rescues cash-strapped homeowners, and teaches them how to generate income from their existing residence. Seasons one through three currently air on HGTV US and Canada, while seasons four and five are currently in production.

McGillivray has also appeared in several other HGTV programs, such as Debbie Travis' Facelift, From the Ground Up with Debbie Travis, Holiday Battle on the Block, and the All American Handyman Challenge alongside Mike Holmes.

In addition to his hosting duties, McGillivray's hands-on approach to renovation and real estate has meant big business for this knowledgeable investor. Not only does he purchase and renovate properties, host a successful television series, and contribute content to national publications, but now, McGillivray can add "educator" to his repertoire. With the 2010 launch of his real estate course, "The Successful Landlord" and "Lifetime Wealth Academy", McGillivray has officially forayed into the world of real estate education; sharing his wealth of knowledge with would-be property investors all over North America.