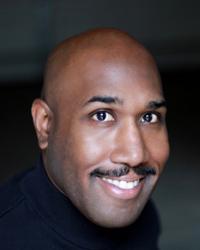 Sean DeMarco Garcia's life began as the child of a Detroit musician. His early life was surrounded by history, philosophy and fine arts. He first noticed his gift as a light worker when he began writing as a child and while attending West Side Unity. A church his maternal grandmother helped to establish. It was an integral part of his upbringing instilling in him the metaphysical lessons mentioned in the bible. Sean has since served in the US Navy, traveled the world, held numerous positions with different companies and had the opportunity to witness firsthand how being a light worker can have a positive effect on others. He also is a natural storyteller.


It's through his incredible gift as a clairsentient that he's been able to provide valuable insight, advice and share his gift with the world. Sean believes that God is spirit and the loving source of all that is. He believes that we are all energy and tied to one another. He also believes that this energy is really LOVE and stronger than most give it credit for.


In the early 2000's, he relocated to Denver, Colorado to begin anew with a fresh start. He met Jennifer, one evening in fall of 2003. This night changed his life forever. Since then, they've found that they share the same life philosophies, outlook and spiritual practices. They were married to each other a year to the day they met in 2004. Since then, they've weathered and overcome many challenges as individuals and as a family.


Sean's love for storytelling blossomed in 2008, when a chance meeting with a director led to Sean's first co-writing credit on a feature film. This inspired him completing a Writer/Producer certification with the Colorado Film School.


Currently, Sean DeMarco is Executive Producer and CEO of December 11th Productions LLC. A film and video production company. He started his production company to help tell the stories of those that have overcome challenges using their six senses and the positive effect it has had on others around them. Sean resides near Denver, Colorado with his wife and two sons, where he is working on a variety of projects through his production company and co-hosting an internet radio show, "The Sean and Jen Show: Soul Path Insights Radio" with his wife Jennifer K. Garcia.