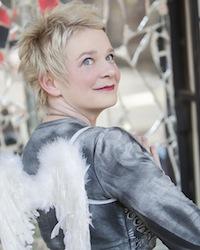 Shannon Walbran is known as "South Africa's top psychic," doing live, call-in readings for clients worldwide. Her listenership is approximately 6 million people, and she has helped 10,000 clients directly so far.

As the founder of a spiritual consultancy called SpiritGuidance.net Shannon channels messages from Spirit Guides on practical matters such as health, career, love, career and corporate considerations - and all with no background information whatsoever. Shannon says that while that information is certainly helpful for the present moment, the feeling that one is being watched over and guided is helpful for a lifetime. Shannon's book "Guided How to Communicate with your Spirit Guides" is available through Kindle and iTunes.

Shannon was born in 1969 in the United States and grew up in Minneapolis. After graduating from the University of Dallas with Phi Beta Kappa honors and a degree in English and foreign languages, she lived and worked in Slovakia, Bolivia and Brazil. Through her careers in journalism, documentary film-making, and the non-profit sector, she has traveled to 46 countries.

Sensitive and spiritual since childhood, she started to receive specific messages in 2003 from Spirit Guides, while meditating in the Sinai Desert in Egypt. She now shares these messages with people all over the world via individual readings, public presentations, radio, and television.

Famous for her humor, directness, and speedy delivery, Shannon has been called the "Dorothy Parker" of radio psychics. The mother of a young son, she spends her limited free time organizing parallel currencies and alternative economic systems, practicing shamanic rituals, and making her own chocolate. She divides her time between Johannesburg, South Africa, and her hometown of Minneapolis, Minnesota.