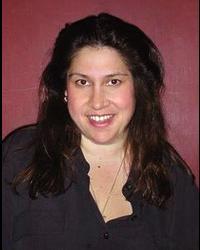 Sheena Metal is a Los Angeles entertainment icon. She has anchored numerous radio shows for over ten years in Los Angeles - six of which were spent on top-rated talk station KLSX 97.1 the FM Talk Station where she helmed five successful shows "The Sheena Show", "Late Night Booty Call", "Sheena and The Princess", "Sheena and Sam".


Her untouchable wit, unforgettable voice and unflinching fan base have proven Sheena to be an undeniable radio presence that was the subject of a comprehensive five-page feature in the Los Angeles Times Sunday Calendar section, as well as being featured in: LA Weekly, the Daily News, Music Connection, and dozens of other periodicals.


In addition, Metal was interviewed and quoted in Michael C. Keith's "Sounds in the Dark," currently in publication with a forward by Larry King. Currently she hosts "Music Highway," an internationally syndicated music/talk hybrid heard on over 2,400 affiliates to nearly 130 million listeners worldwide.