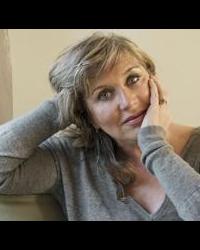 Sonya Lea is a screenwriter, essayist and memoirist.Her memoir, Wondering Who You Are (Tin House 2015,) is about her husband’s cancer treatment, through which he lost the memory of their life. She has been awarded an international memoir prize for the story, which also won an Artist Trust Award. In July her memoir was named a Top Ten Book by the BBC, received a starred review by Booklist, and was a Book of the Week at WORD Bookstores.Peter Mountford says, "An incredibly intimate and honest memoir, Wondering Who You Are shows more vividly than any work of nonfiction I’ve read in years the endlessly complex and delicate nature of identity. In particular, the book movingly reveals how mutable all relationships are, how metamorphosis on one side of a partnership necessitates metamorphosis on the other—we are all constantly changing." She studied at UCLA's School of Film & Television, The Film School, and has a degree in English literature from Wilfrid Laurier University. Sonya has written for Salon, The Southern Review, Brevity, The Butter, Guernica, Cold Mountain Review, The Prentice Hall College Reader, and others. She mentors students in the USA and is leading a pilot project to teach writing to women soldiers through the Red Badge Project. Originally from Kentucky, she lives in Seattle, Washington.