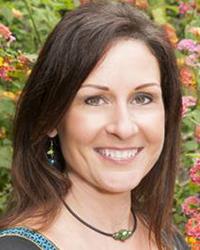 In 2006 Spryte Loriano launched a fundraising initiative to feed children and families in the United States. She and her team raised nearly 300,000 in 33 days; because she chose to work with several of the nation's most efficient charities, that sum was enough to provide 1.2 million meals to struggling families. That same year she helped sponsor the largest food drop in the nation, and within the next two years Spryte co-organized and sponsored two larger multi-city food distribution events.

When she wanted more consistent results from her humanitarian efforts, Spryte discovered that others felt the same way. True to form, she co-founded an organization Humanity Unites Brilliance, HUB that offered a way for people to provide sustainable funding to help children around the world while enriching their own lives. She also developed VolunTourism trips to engage people in hands-on service. Spryte became Chief Humanitarian Officer of the organization and oversaw programs that provided ongoing meals, clean water solutions, and education to families in twelve countries. She helped the company raise and disperse 1.5 million in humanitarian aid in its first year alone.

For the last two years, Spryte was the Executive Director of Manifest Foundation now WorldVentures Foundation, where she expanded its Voluntourism travel to eight countries for over 1000 participants, and helped to bring positive socio-economic change to over 20,000 children and families. She is currently an independent consultant for NGOs, writing her next book, and continuing to uplift and inspire thousands of individuals through speaking engagements, workshops, and travel experiences.