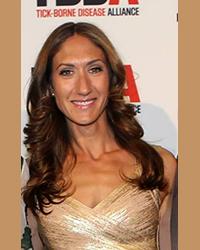 Staci Grodin is the President of the Tick-Borne Disease Alliance. Staci began her career as a public relations executive. During her time spent in the industry, her expertise ranged from the healthcare, food and beverage and skincare industries.


In 2002, due to her ongoing battle with tick-borne diseases since the early 1990s, Staci and her husband Richard founded Turn the Corner Foundation. In 2012 Turn the Corner merged with the Tick-Borne Disease Initiative and became the Tick Borne Disease Alliance, which is dedicated to raising awareness, supporting initiatives and promoting advocacy to find a cure for tick-borne diseases, including Lyme.


Throughout her tenure at the foundation, Staci has assumed a variety of leadership roles and helped spearhead integral aspects of the foundation's fundraising, marketing, education, outreach and event planning arms.


Staci graduated Syracuse University in 1995 with a BA from the Newhouse School of Communications. She currently resides in Westchester County with her husband and three children.