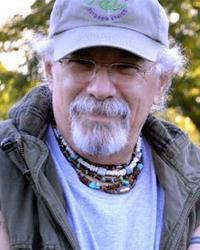 Steve Beyer -- Researcher in ethnomedicine, shamanism, peacemaking, and the spirituality of nonviolence.

Stephan V. Beyer, Ph.D., J.D., is a well-known writer and speaker on shamanism and spirituality. He is also a community builder, peacemaker, and carrier of council. He has been trained and certified in many areas of circle processes, mediation, and nonviolence, and he has offered peacemaking workshops to a wide variety of audiences, from therapists to theologians, and at Montessori, charter, alternative, and public schools. He has served as a Lecturer in the Department of Criminal Justice at Chicago State University, teaching undergraduate courses and graduate seminars in restorative justice and in the theory and practice of nonviolent resistance.

Steve has a law degree and two Ph.D. degrees – one in Buddhist Studies and one in Psychology — and he has taught courses and seminars in religion and spirituality as an associate professor at the University of Wisconsin - Madison, the University of California - Berkeley, and the Graduate Theological Union. For twenty-five years he was a litigator and trial lawyer in Chicago.

In addition, Steve lived for a year and a half in a Tibetan monastery in the Himalayas, and has undertaken and helped to lead numerous four-day and four-night solo vision fasts in Death Valley, the Pecos Wilderness, and the Gila Wilderness of New Mexico. He has studied wilderness survival among the indigenous peoples of North and South America, and studied sacred plant medicine with traditional herbalists in North America and curanderos in Peru. The Institute for the Preservation of Medical Traditions at the Smithsonian Institution has written, “Stephan Beyer… has an unparalleled knowledge of sacred plants.”

His published books have dealt with subjects from Tibetan Buddhist ritual meditation to ayahuasca shamanism in the Upper Amazon. His most recent book is Talking Stick: Peacemaking as a Spiritual Path.