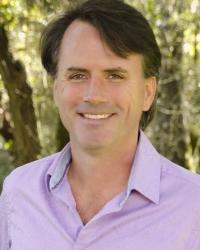 Stephen Dinan, a noted social entrepreneur and visionary political strategist, is the

founder and CEO of The Shift Network, a leading global provider of online transformational courses and trainings. He was previously a senior staffer for both the Institute of Noetic Sciences (IONS) and Esalen Institute. At IONS he was the driving force behind the Shift in Action program; and, at Esalen he directed and helped to create the Center for Theory and Research—a think tank for scholars, researchers, and teachers to explore human potential frontiers. Stephen is the author of Sacred America, Sacred World: Fulfilling our Mission in Service to All (Hampton Roads) and Radical Spirit: Spiritual Writings from the Voices of Tomorrow (New World Library). He is a graduate of Stanford University and holds a master’s in East-West Psychology from the California Institute of Integral Studies. Dinan is also a member of the prestigious Transformational Leadership Council and Evolutionary Leaders groups. He resides in the San Francisco Bay Area with his family.