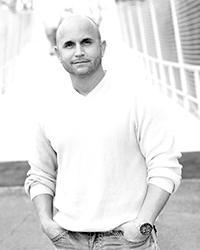 Referred as an "empowering communicator who educates audiences on how to heal from their past, grow where they are planted, then go out to help others do the same". “When Stephen speaks hearts listen,” USO of NC Programs Director Audiences across the globe are learning how to use the tools already in front of them for use in overcoming their past then building a prosperous life. Except they won’t need to dig through trash dumpsters to begin as Stephen did.

Stephen comes from a broken home which led him into a life full of failures and falling short in almost every area. When he attempted to join the military and get away from all of the pain and struggles, start over, he was met with yet another “failure.” He was rejected enlistment. This rejection spun Stephen in an uncontrollable emotional nose dive, and he nearly ended it all by committing suicide. It was the 11-word phrase, “This too shall pass, and what comes next will be greater” is what pulled him off the edge bridge and onto rebuilding his life. From there Stephen started his first business, Custom Home Exteriors, while homeless and sleeping in the back of his car. That company is now in 3 states and employs nearly 400 people with a yearly revenue of $36 million.

That same 11-word phrase also led Stephen to write his first book the best-selling book Journey Principles: 10 Simple Principles for a Life Journey that Matters. Stephen walks readers through learned principles vital to living a healthy, peaceful and flourishing life broken free from darkness and full of true happiness. His dynamic "edge of your seat" delivery has given Stephen the honor to share his message with organizations such as United States Air Force, USO of North Carolina, American Foundation for Suicide Prevention, Step Up Ministries, WNCN News Station (NBC affiliate) and many radio shows, podcast and churches. Stephen is also a member of the John Maxwell Coaching team and a recipient of Dave Ramsey's "Momentum Theorem" award.