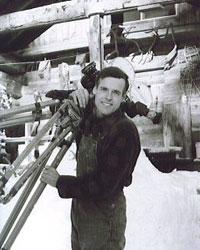 Steve Kroschel - Writer, Producer, Director
Steve, 47, has been a filmmaker for over 20 years. He first started out as a cinematographer for the highly acclaimed PBS series, "Wild America". Although his official title was cinematographer, he became the writer, editor and producer for over 70 episodes of the popular series. Steve then began to freelance for other award-winning natural history programs and series including PBS Nova, Nature and National Geographic, among others. Steve also independently wrote, produced and directed three other feature films including "Out of the Wilderness", "Avalanche", and "The Adventures of Black Feather", in a distinctively "guerrilla" or "McGyver" manner shot in remote locations with limited resources and crew member in what would normally take a dozen assistants. Kroshel has shot over 100 documentaries for National Geographic, the BBC, PBS and numerous others. His credits include "Vertical Limit", "Eight Below Zero", "Seven Years in Tibet", "I Spy", "Never Cry Wolf", "Pathfinder", "Wild America", and more. To this day, this hard-won experience with little to no budget, has enabled him to produce films that need to be made - no matter what - which might otherwise languish for years in production development hell at a major studio.

As to his feature documentary, "The Beautiful Truth", Steve says, "It is the most profoundly satisfying project of my entire career."