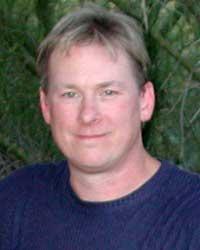 
He has been a filmmaker/videographer since his senior year in high school. He has shot literally thousands of hours of footage in a wide variety of locations and formats. His thorough understanding of every aspect of filmmaking comes from direct experience, as he has worn just about every hat you could wear on a production. He especially enjoys working behind the camera as Director of Photography and he is very knowledgeable about most camera systems in use today, including Panavision, Arriflex, Sony and Panasonic SD/HD camera systems. He also has a background in aerial camera systems and he's a skilled Steadicam operator. He enjoys playing with camera gadgets and he keeps up-to-date on all of the latest technology developments.


The Phoenix Lights Documentary, has won several international awards and nominations, including Best Director and Best Documentary and has been exhibited at numerous theaters, conferences and film festivals across the United States and several countries.


After completing two years of architectural design studies at Arizona State University 1980-1982, Steve moved from Phoenix to Santa Barbara, California where I began an intensive 3-year program at Brooks Institute of Photography, one of the oldest and most prestigious photography schools in the world.


While at Brooks, he gained a wealth of knowledge and experience in large-format photography, multi-media and 16mm film production. He worked with many talented and creative people on countless projects in one of the most beautiful and inspirational settings one could imagine.


Steve graduated in 1985 with a BA degree in professional photography and motion picture production and was presented with a special 'Merit of Excellence' award for the highest achievement in his department when he produced a promotional video for the school. The video later won an award in a national competition and was used for many years by the school for promotional purposes.


In 1994, he taught a filmmaking course at Yuba College in Marysville, California. I created the course curriculum and all instructional videos and materials. The course covered all areas of film production, including screenwriting, financing, pre-production, principal photography, post production and distribution.


Currently, he is busy shooting everything from instructional demos to product demos and he co-produces several feature film projects that are in various stages of development. In addition to his production company, I was a partner and Media Director for We Thought of That, an invention development company he formed with his wife Fran in 2000 and a Media Director for PAKT Foundation, handling all of their website and media needs. In addition, he created HDcompare.com, an online resource directory for cinematographers moving into HD production.