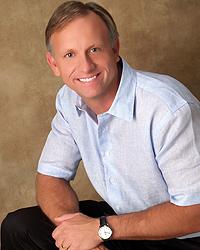 Steve Siebold trains sales and management teams how to increase sales through his unique blend of mental toughness training. Salespeople learn how to control their thoughts, feelings, and attitudes before, during and after the sales presentation. Managers learn how become a mentally tough coach and leader with their sales representatives.
Steve Siebold speaks from real world experience as a former professional athlete, national coach, and international businessman. He began studying Mental Toughness Training as a world-class junior tennis player in the 1970s.
Steves clients include Fortune 500 companies such as Johnson & Johnson, Toyota, Procter & Gamble, GlaxoSmithKline, to name a few; as well as thousands of direct salespeople in 10 countries worldwide.
Steve has been featured on The Today Show, Good Morning America, BBC Television Europe, NBC Australia, CBS, FOX, and dozens of other television, radio, newspapers and magazines around the globe. His books, video and audio programs have been sold in 30 countries around the world. Two of his four books on Mental Toughness are international best-sellers, and considered by many experts to be the gold standard in the field of psychological performance training for sales teams.
As a professional speaker, Steve has been awarded the Certified Professional Speaker designation from the National Speakers Association. He ranks among the top 1% of income earners in the professional speaking industry worldwide. He was the 2007 Telly Award Winner for best motivational host for his TV show: Mental Toughness of Champions.

Steve lives with his wife of 26 years, Dawn Andrews Siebold, in North Georgia on Lake Lanier in the summer and Palm Beach, Florida in the winter.