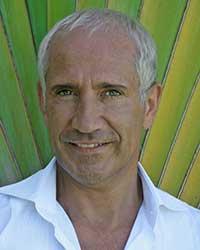 Stewart was born in London, England and having trained as an Actor Teacher worked in Repertory Theatre. In 1980 his practice as a Voice Coach began, teaching under the auspices of Cicely Berry at the 'Guildhall School of Music and Drama,' and in 1981 Stewart became the Head of Voice at the prestigious 'Webber Douglas Academy of Dramatic Art,' continuing until 1998. During this period he also worked pervasively throughout the theatre industry at the 'Actors Centre,' and in the West End and as a coach with many major companies such as the 'Actors Touring Company.' From 1998 Stewart become the Master of Voice at 'Shakespeare's Globe Theatre' for Mark Rylance, the first Artistic Director of the newly reconstructed Theatre.

Today, Stewart continues this role for the ever expanding Globe Education Department. Stewart facilitates Master Classes internationally and has taught extensively throughout the USA; for example at the 'Stella Adler Studio' in NYC, and regularly coaches premier theatre companies such as 'Classic Stage Ireland,' 'Chicago Shakespeare Theater,' the 'Long Wharf Theater Connecticut,' Sonia Friedman Productions in the West End, and at the Royal Court.