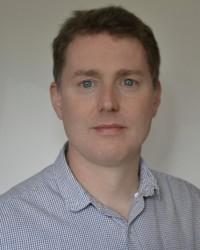 After experiencing his own catalyst for change 9 years ago Stuart Young's life changed rapidly and radically. Within just a few short months he had started his own business and set himself on the path to financial freedom.


That catalyst was one question followed by a four word answer, embedded with a fifteen minute mental exercise. From that moment on he gained a new perspective which set him free.


He said "I&700;ve spent the best part of the last twenty years researching how people achieve their life goals. But it wasn't until a few years ago that I started putting some of the things I&700;d learned into practice and I turned my life around. I stopped living for payday and started achieving some of my long held goals like setting up my own business, selling my art commercially and investing in property."


The book, which launched in the summer of 2012, is a distillation of some of the most effective techniques from the world of self improvement, peak performance and goal achieving.


Some of the world's biggest names in self improvement have given their permission for their techniques to be included in the book. Stuart continued: "To have people like John Assaraf of the hit &64257;lm, The Secret, Brian Tracy, Hale Dwoskin, Lisa Sasevich and Dan Sullivan and many more say yes to being in the book was just mind-blowing, not to mention incredibly humbling."


Stuart was born in Watford in 1965 and attended College studying Typographic Design in the early 80s. From there he became a designer for 10 years before moving into print management.


Now he lives in Berkshire with his fiance, 2 dogs and a cat and has a beautiful 23 year old daughter granddaughter. When he's not working in his print consultancy and marketing business or writing, he likes to blog about things he finds inspiring and interesting.


Hobbies include writing fiction, playing the piano, guitar and drums, abstract painting and is an assistant teacher of Aikijutsu.