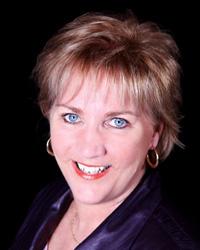 
Over a ten year period Sue battled Crohns disease, abuse, near death, divorce and was given 30 minutes to live. When she became pregnant with her second child, Sue was told it was unlikely she could deliver the baby she was carrying. The disease had flared up and her health was in grave danger. Sue persevered and delivered a healthy baby girl. The disease went into remission.


Faced with a giant STOP SIGN, Sue made the left turn of a lifetime, adopted a positive outlook and never looked back Throughout this amazing journey, Sue's now deceased dog, Rocky a Shih-Tzu remained a devoted companion. Rocky helped Sue to realize the positives in her life by providing constant unconditional love and support. Sue began writing a children's book series, "Rocky's Journey," about a magical dog named Rocky, and his many encounters with people in need. Sue's mission was to reach out to others, especially children with emotional and physical challenges. Sue went on to publish her inspirational life story, "Soar Above It All Overcoming Adversities in Life." This is a story of challenges and triumph over illness, abuse, disease, divorce, and near death.


Sue inspires audiences and readers of all ages to do the things that they've postponed for too long. She encourages people to adopt a positive attitude and stay true to their dreams as she has personally done so successfully in her own life.


Now as an international radio host Sue inspires audiences. Sue has regained her health. She is enjoying life in Winona, Ontario, Canada, where she coaches people to make positive life changes; trains people to be in the media; writes books; speaks professionally, and works in the community to share her passion of helping others GET INSPIRED.

Sue accomplishments include being nominated for HALTON WOMAN OF THE YEAR 2004, and awarded the BUSINESS MASTERY AWARD 2007 by John Assaraf, star of the major motion picture/ and book, THE SECRET. Sue has been featured in over 50 magazines around the world. She has been interviewed on 1000's of international radio shows. Sue was featured in a book called, "A Doctor's Guide to Dog Therapy and Healing. The Power of Wagging Tails." Sue is being featured in Jack Canfield's upcoming book "PEOPLE WHO SUCCEED." Recently Sue was featured on Cable television on the Pet Network. The segment was such a success Sue was brought back to do 3 more segments. Sue's television career is now beginning to unfold