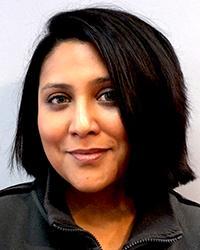 Sunita Pattani is a Psychotherapist and Author based in East London, who specializes in exploring the link between mind, body, spirit and emotional healing. Since childhood, she has been fascinated with science, spirituality, consciousness and the deeper question of who we really are. She explores this question from a multidisciplinary perspective, and implements the findings within her therapy practice. Pattani is a graduate of the University of Birmingham, where she obtained a degree in Mathematics, Science and Education in 2003, followed by a Postgraduate Certificate in Education (PGCE) in 2004. Pattani taught for five years before she returned to college to study an advanced diploma in Hypnotherapy and Psychotherapeutic Counselling.

Alongside running her Psychotherapy Practice, she shares her message through a combination of speaking, running workshops and writing. A regular blogger for The Huffington Post, Pattani’s first book, My Secret Affair with Chocolate Cake – The Emotional Eater’s Guide to Breaking Free was published in 2012. Her second book The Transcendent Mind – The Missing Peace in Emotional Wellbeing was published in March 2015.

In her private life, Pattani practices spirituality and personal transformation. She Lives in East London, UK with her husband, Hinal, and cat, Coco. She has been teaching with Dr. Amit Goswami, she will be in India soon.