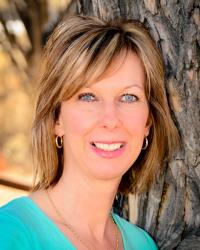 Susan's many years of study and pursuit of spiritual growth and learning are featured in her writing. One of her goals is to help the universe be a better place.
She enjoys taking care of herself through exercise and nutrition, but most of all by spending lots of time with her family. She loves to be surrounded by love. Susan enjoys living in Colorado with her husband Ben and four beautiful children, Samantha, Steven, Alexander and Mariah.
Born in Chicago in 1964, the author lived on the northwest side and attended local schools. Susan later attended Southern Illinois University in Carbondale, Illinois, where focusing on Psychology and Social Work. After meeting her husband Ben, she transferred to Arizona State University where she completed both her Bachelor and Masters of Social Work.
Susan has worked as an advocate for people with disabilities, next in the area of Child Protective Services, followed by service in the Department of Developmental Disabilities. She resigned from these duties soon after the birth of her second child, Steven.
Susan dabbled in counseling for a while, but found traditional counseling to be ineffective in many circumstances. She wanted to better understand the link between the spirit, mind and body.
After becoming a Neuro-Physical Reprogramming N.P.R. practitioner in 1999, Susan continued to work with Bio-Energetic Synchronization Technique B.E.S.T. founded by Dr. M. Ted Morter, Jr. and became certified as a B.E.S.T. practitioner in 2001. Sue is also certified in a Psych-K, Psychological Kinesiology created by Rob Williams has been a practitioner since 2004.
With strong background in psychology, counseling and social work, as well as certifications in N.P.R., B.E.S.T. and Psych-K, Susan works healing physical as well as deep rooted emotional issues.