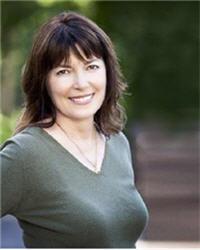 As a teenager, Susan McCrossin found herself slipping through the cracks of the Australian school system. Because of an undiagnosed learning problem, she was frustrated and feared that she would never be an academic success.It wasnâ€™t until years later that she turned her attention to finding answers for the learning disabilities that initially put her career and self-worth in jeopardy. It was then that she realized she had been living with a form of dyslexia.

Finally, while developing, and after receiving, treatment, she began to excel in academics. She went on to receive a degree in psychology and an advanced degree in neuroscience from an Australian university. Susan also conducted brain research into the techniques she had used on herself, and others, to eradicate her learning deficits.

A Revolutionary, Drug-Free Technique is Born
During the 1980s, Susan and a group of innovative practitioners combined their Western science knowledge of how the brain learns using Chinese neuropressure and Indian mudra systems. Out of this body of work came the unimaginableâ€”people with long-standing learning disabilities, head injuries and sometimes even strokes, all recovering in dramatic ways.In 1988, Susan began studying the links between learning disabilities and neuropressure. Many years of research and experiments resulted in the elimination of her own learning disability. At that point in time, Susan went to back to college where she excelled in academics.

Subsequently, she developed her comprehensive system, known as the CrossinologyÂ® Brain Integration Technique, the revolutionary technique of testing and rewiring the brain which improves learning ability, creativity and physical coordination.

In 1998, armed with this cutting-edge technique, Susan moved to America in order to introduce her work to a broader audience. Since then she has successfully treated thousands of children and adults with learning disabilities. And she has trained hundreds of practitioners. Susan also holds a diploma in Applied Physiology from the International Institute in Arizona. Over the years, she has researched and written many articles on brain integration, learning disabilities and the subject of learning. She is the author of Breaking the Learning Barrier: Eradicating ADD, ADHD and Dyslexia.