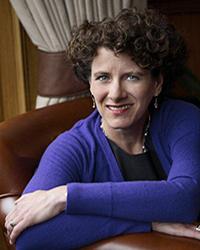 Her newspaper columns, Problem Solving and The Business Brain, on the neuroscience and behavioral economics of the business world, appeared weekly in Canada's national newspaper, The Globe and Mail from 2002-2012, and her radio columns currently air monthly on the CBC. Susan also writes opinions and feature articles on psychology, public policy, education, and business for the international press. Her first book, The Sexual Paradox, was awarded The William James Book Award by the American Psychological Association in 2009.

Her writing has been recognized in awards from the Canadian Medical Association 2000, the Periodical Writing Association of Canada 2002, 2010, The International Society for Intelligence Research 2014, and she has been nominated for the John Alexander Media Award 2000, the Aventis Pasteur Medal for Excellence in Health Research Journalism 1999, the YWCA Woman of Distinction Award 2007, and the BC National Award for Canadian Non-Fiction 2009.

Her work has been featured in The New York Times, The Globe and Mail, The Times of London, the BBC, the CBC, The Economist, Atlantic Monthly, The Financial Times, Der Spiegel, and NBC's Today show. She lives in Montreal.