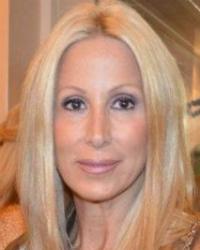 Ms. Green has been engaged in the practice of Law since 1983 and has appeared before both local, appellate and Federal Courts in Maryland and as co-counsel around the country. During her tenure as an attorney, she has been admitted to the Maryland Bar, Florida Bar, District of Columbia Bar, Federal Bar, Women’s Bar, The United States District Court Bar and The Supreme Court Bar. She is an appointee to the Baltimore County Ethics Commission. While her practice is diverse, she is best known for her work establishing civil liability for transmission of sexually transmitted diseases between partners and for efforts which established sanctions for gender bias violations amongst attorneys. Today, her practice focuses on Medical Malpractice, Serious Personal Injury and Criminal Cases.

In 2008, Ms. Green became interested in legal matters arising out of Lyme disease. Her family having been impacted by Lyme, Ms. Green commenced representing Physician’s whose licenses were under attack for prescribing long term antibiotics to Lyme patients. Additionally, Ms. Green became embroiled in litigation arising out the refusal of insurance companies to reimburse physicians for long term antibiotic treatments rendered. In 2010, Ms. Green authored what would serve to be the foundation ultimately became Virginia HB1933, The Lyme Patient Information Disclosure Bill. The Bill requires physicians in Virginia to advise patients of the inaccuracy of the two-tier antibody test currently being used by most commercial labs. It further requires Drs. to advise patients that a negative test does not mean that the patient does not have Lyme.

Ms. Green is a frequent guest on Television and Radio shows, including but not limited to The Bottom Line, Working Woman, Court TV, Square Off, The Katina Makris Show, Lymelight Radio, The Dr. Pat Show, Guest of Dennis Bernstein KPFA Radio, to name a few. Additionally, she has been a legal commentator on many high profile cases. She has been a guest speaker at the May Day Rally, 2012, Guest Speaker at ILADS on Legislation, was honored for her work on the Virginia Bill by NatCapLyme, was recently featured in Baltimore Magazine, “Ticked Off”, September Issue, and a guest of the Dr. Paul Christos’ Aches and Pains XM Talk Show. She has authored or contributed to numerous articles, both on Law and Lyme.

She earned her B.A. at the University of Miami, in 1975, where she completed a double major of English and Mass Communications. She attained a Juris Doctorate Degree at University of Baltimore in 1983. In addition to her law degree, Ms. Green is a Mediator and has run the mediation program in Baltimore County District Court. For a copy of Ms. Green’s Curriculum Vitae or to request an interview, she can be reached at [email protected]