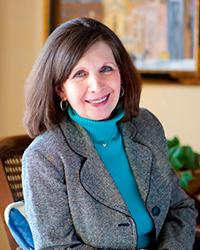 Suzanne Ruff comes from a family that has been plagued by kidney disease for generations. In her lifetime, she has lost her mother, several aunts and uncles and cousins to Polycystic Kidney Disease PKD, the most common of all life-threatening genetic diseases. Both of her sisters inherited the disease. She did not.


When her younger sister fell ill shortly after their mother's death in 2003, Ruff decided to do something about it. She had always been afraid of doctors and needles, but says with God's help she found the courage to save JoAnn's life by donating a kidney.


In the months leading up to the surgery, which took place on Oct. 19, 2004, Ruff spent a lot of time journaling, and published a book based on her notes and memories. Her hope is that The Reluctant Donor Beaver's Pond Press, April 2010, 14.95 will find its way into the hands of others who are facing a difficult life-and-death decision, and help them find the courage they need to get through it.


Her family has been active with the Polycystic Kidney Disease Foundation since its founding days in 1982. The PKD Foundation is a source of information for newly diagnosed patients with PKD and helps fund research to find a cure. She is a member of AAKP, too.


Suzanne Ruff and her husband, Bill, are from Chicago, Illinois but have lived all over the US. They now live in North Carolina. She is a freelance writer for The Charlotte Observer.