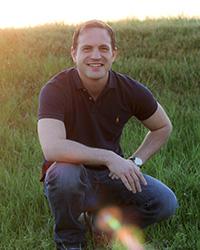 Taylor Brearley's evolution into a highly skilled Psychic Medium and Intuitive Advisor has been ongoing since his first day. Born with the natural gifts of Clairvoyance, Clairaudience, and Clarsentience, as well as being a highly sensitive Empath, his has been a journey of self-discovery through mentoring, coaching, training, and a broad base of life experiences.

Even though he was born with his gifts, he usually says that his true spiritual awakening came in 2005, when at the age of twenty-three he took a life-changing workshop taught by Internationally Recognized Author and Psychic Kathleen Tucci. She remains a mentor of his to this day. Within a year of that awakening, he started his own jail ministry; preaching the Word and channeling for inmates.

In 2006 he broadened his horizons and opened his door to clients from around the world, while continuing his private studies. His is a profession where there is always more to learn, and he takes his commitment to excellence seriously.

On his journey thus far he has studied and corresponded with many highly respected professionals around the world regarding Psychic Work and Mediumship, Life Coaching, Meditation, Hypnotherapy, Spirituality, Energy Healing and Auras, and Life Paths. One such professional is world-renowned artist Alex Grey on methods of meditation. He also regularly corresponds with good friend Allan Silberhartz, the Founder and Executive Director of The Bridging Heaven and Earth Project, on matters of healing and spiritual teaching. Further, he has received his formal certification as a Hypnotherapist.

Since 2012, Taylor can say he's conducted over 6,000 readings for men and women who come from all over the world and from all walks of life. His natural-born abilities make his reading style refreshingly relaxed and comfortable, while his subsequent studies have honed his abilities to the point where he has a high rate of accuracy. Overall, it is his commitment to honesty and integrity that truly shine through, and this commitment has led many clients to dub him 'Man of Light'.
He looks forward to helping anyone who reaches out in need of guidance and support. As he often likes to say: "Confusion Stops Here."