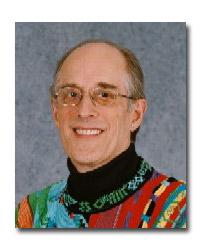 It took Ted 30 years, 7 career changes and 12 jobs to create the life that fits him perfectly today. Knowing how frustrating this particular quest can be, he is committed to helping his clients access the rewards of living life their way, much more directly, quickly and easily.

Teds journey began in 1969. After completing the demanding coursework for his PhD in Economics at MIT, the excitement, change and radical mood of that era made him realize that the academic career he was pursuing was too far removed from real life to suit him. Faced with the unexpected challenge of recreating his career goals just as he needed to start earning a living, Ted took a job as a researcher and writer in a non-profit organization. It fit on some levels but not on others, so he moved into another role supporting people in developing alternative lifestyles. This was one of the most satisfying roles he ever had. It fit his politics, the needs of the times and enabled him to develop many new skills. But after a few successful years, the programs funding ran out and it was shut down and Ted changed directions once again. As he was a talented amateur photographer, he took a job that supported his artistic expression, but found that wasn't "it" either.

In the late 1970s, after some experience with the human potential movement, Ted felt drawn to a career in social work or therapy and began working in the mental health sector as a mental health worker. Wanting to advance in his career, Ted went back to graduate school and earned his Masters in Human Services Management. He joined the administration and progressed up the career ladder, but he finally realized that his heart was not in it.

In the mid-90s, a friend suggested that Ted look into coaching. Ready for a change, he signed up for an introductory weekend and that was it. He was in love. Coaching turned out to be a total delight. By enabling him to apply all of his diverse expertise in service of his clients needs and desires, it gives him a great sense of fulfillment. Over a decade later Ted continues to get great satisfaction from coaching clients to realize the meaning and fulfillment of living life on their terms. Wherever he goes, he enjoys interacting with people and leaving them with the intriguing question: How do YOU define success?