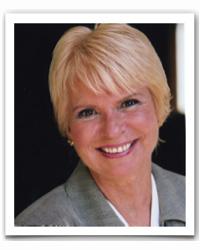 At 17 years of age Terry was given the gift of a teacher who shared with her the knowledge that would open up Terrys mind to her unlimited possibilities and give her many of the tools to achieve them. Between that time and now, Terry, by using what she had learned from this teacher and other teachers has accomplished everything she desired and much more than she had known was even possible. The spiritual benefits she has gained are far beyond the material benefits because each step on our lifes path leads to the next if we are willing to continue until we attain what we have been seeking in our heart of hearts. It is at this point that we are fully alive and celebrating the joy.

Some highlights of what she was able to do with the knowledge that she received are as follows: As soon as she was given this sacred knowledge by a teacher, she tested the principles and became homecoming queen and freshman class president in college. In order to test the principles of prosperity she entered the Mrs. America Pageant and became Mrs California and 3rd in Mrs. America. She raised two amazing daughters who also learned and applied these teachings. Terry has been able to live in wonderful homes, travel all over the world, and visit holy sites of spiritual pilgrimage.

Thinking that singing was her lifes work, she sang with the Los Angeles Civic Light Opera and later became an opera singer. But this was not her path, as teaching these sacred principles was her true calling. Starting her own company Success Plus, Terry was one of the first to conduct human potential seminars for corporate America and Fortune 500, and became a successful motivational and inspirational speaker.

She was community and church volunteer; graduated from seminary and became a minister in 1973; authored 5 best-selling books including; What You Think of Me is None of My Business, How to Have More in a Have Not World, Inner Path from Where You are to Where You Want to Be, Love and Power in a World Without Limits-a Womans Guide to the Goddess Within, Dare to Be Great and her newest-Creating Your Destiny-A Remarkable Guide to Making Decisions that Give You Happiness and Prosperity.

Her work as a minister allowed her to grow a 50 member church into 5,000 on Easter Sundays and be the executive producer and minister of a six year, weekly, international, Emmy-winning television ministry syndicated on 400 markets reaching millions. Her church in La Jolla, CA had a grammar school, school of ministry, and 5 teaching centers. Dr. Terry and her work was featured on over 800 television and radio programs including Oprah, Larry King, Good Morning America and in the leading magazines including Wall Street Journal, US, Newsweek, People, Time, and Family Circle. She was awarded three honorary doctoral degrees and is included in the Hall of Fame of her college.

Her adventures in Enlightenment led her to build an ashram and library in India that is being used to teach Vedic knowledge to Western spiritual seekers. Terry has studied with the Mystic Masters of the Far East; studied the great religions and various transformational philosophies of the world.

She travels extensively teaching the sacred principles of successful living. Her mission is to work for the welfare of humanity by offering this important message and teaching, to as many people as possible. This is happening through the media ministry of Adventures in Enlightenment. The Wall Street Journal calls her, Relentlessly upbeat.