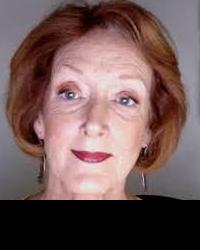 Terry was born in Richmond, Virginia, and grew up in Honolulu and San Diego. She earned a Bachelor of Arts from the University of California, Berkeley. After graduation, she moved to New York City and studied acting, voice, and dance with the intent of making a career on the stage. Then, she fell in love with one of her theater directors and ended up living back in Virginia, in the Norfolk, Virginia Beach, and Western Tidewater areas. In Virginia, she acquired her Master of Arts degree.

She began to write as a way to deal with the heartache that life gave her when her children were born with the inherited and ultimately fatal disease cystic fibrosis.

Terry has written gardening columns for an Isle of Wight newspaper, articles for a multi-cultural publication serving the Suffolk area, and articles for the Well Retreat Center. Her poetry is published in Seabury in Memoriam: a Bicentennial Anthology of Poetry. Her short story, From Dropout to Entrepreneur, was published in Helping Troubled Children and Youth, Book 2 in the Troubled and Troubling Child Series. She was a 1984 alumna of the Tidewater Writing Project.

She continues to hone her writing skills at The Muse Writers Center in Norfolk with writing instructors Lisa Hartz, Janine Latus, and Tom Robotham.

Terry was the First Place recipient of the William Brenner Nonfiction Prize at the Hampton Roads Annual Writers' Conference in 2010.


Her book, A Mosaic Heart, won a Silver Prize in the category of Grief/Death&Dying in the 2012 Nautilus Book Awards.

Terry has joined the Open to Hope website as a contributing editor! Go to  www.opentohope.com to see more.