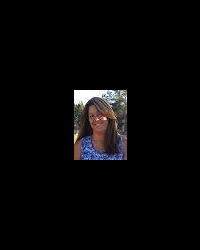 Founder/President of OLDN- Theresa Denham began the OregonLyme Disease Network in 2001 and became a non-profit all volunteerorganization in 2005 after nearly losing her daughter to the illness andcontracting the illness herself.Theresa had to quit work in the field of veterinary medicine andmicrobiology to care for her daughter Ashley 24/7 who from age 6 to age 13had 18 different diagnosis which caused congestive heart failure, seizuredisorders, connective tissue disorders, early onset Alzheimer's (at age 11),learning disability, pain and more. Meanwhile, Theresa had been diagnosedwith MS in 1987.In 2000 a breakthrough occurred and Ashley was tested for Lyme disease --thedoctor "humored us", and a positive CDC result returned.The family traveled to CT to see Dr Jones. While there, Dr Jones referredTheresa to Dr Katz a neurologist , and through tests and clinical diagnosis,Theresa was re-diagnosed with Lyme disease . Today, her MS has resolved(negative MRIs , and negative spinal taps) after treating for Lyme Disease.Thinking there were a very few people with this "rare" east coast illnessTheresa started the Oregon Lyme Disease Network to help the few who mighthave it, so they would not have to suffer as Theresa's family had.Since then the Theresa and OLDN has helped over 1500 patients navigate thetricky waters of diagnosis and treatment in Oregon. Her organization hasreduced the average time of diagnosis in Oregon from 18 years from onset to5 years and in the case of classical presentation, patients are diagnosedbetween onset and the second year. She has raised awareness among thepublic, introduced a bill which went through the Senate, and receivedaccolades on the senate floor as an example of how an volunteer advocateshould work with senators. She is working with health authorities to makechanges and is currently working to change the diagnostic standards inOregon. She has initiated tick studies and initiated one of the firstautism correlations in 2002 with Dr Bransfield and Kathy Blanco, her OregonLyme Disease secretary who went on to co found LIA.When Theresa is not busy with Lyme disease she is busy on her Central Oregonranch raising Tennessee Walking Horses and German Shepherd Dogs for Searchand Rescue, and Agility . She is also a PADI scuba diver and working on herDive Master and Instructors Programs.