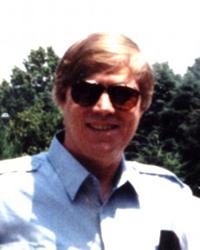 Thomas J. Carey, a native Philadelphian, holds degrees from Temple University B.S. in Business Administration and California State University, Sacramento M.A. in Anthropology, and also attended the University of Toronto in its Ph.D. Programme in Anthropology. An Air Force veteran who held a Top Secret/Crypto clearance, Tom is now a retired Philadelphia area businessman. He has been a Mutual UFO Network MUFON State Section Director for Southeastern Pennsylvania from 1986 to 2001, a Special Investigator for the J. Allen Hynek Center for UFO Studies CUFOS from 1991 to 2001, and a member of the CUFOS board of directors from 1997 to 2001.


Tom began investigating aspects of the Roswell Incident in 1991 for the Roswell investigative team of Kevin Randle and Don Schmitt, and since 1998 has teamed exclusively with Don Schmitt to continue a proactive investigation of the case. Tom has authored or coauthored more than 40 published articles about the Roswell events of 1947, and has contributed to a number of books on the subject as well. He has appeared as a guest on many radio and TV shows throughout the country, including Coast to Coast AM with Art Bell and George Noory, Fox and Friends, Comcast Network Friends and Larry King Live and has contributed to a number of Roswell-related documentaries - on-screen and behind the scenes. Tom was a consultant and interviewee on the highly acclaimed and rated 2002, two-hour SyFy Channel documentary, The Roswell Crash: Startling New Evidence, the History Channel's Conspiracy Theory, the Travel Channels Weird Travels - Roswell, the SyFy Channel's SyFy Investigates and the History Channel's, The UFO Hunters. He was also a featured interviewee on the 20th Century Fox, Golden Anniversary, re-release DVD of the 1951 sci-fi classic, The Day the Earth Stood Still. His 2007 book, co-authored with Don Schmitt, Witness to Roswell: Unmasking the 60-Year Cover-Up, was the 1 best-selling UFO book in the world in 2007-2008. Its sequel, Witness to Roswell: Unmasking the Governments Biggest Cover-Up, published 2009, still remains a best seller. Both books are considered to be the best books ever written about the "Roswell Incident."


A motion picture, based upon these books, titled Majic Men, is nearing production, as is a TV mini-series based on the book. A new book about the secret history of Wright-Patterson Air Force Base titled Inside the Real Area 51, also co-authored with Don Schmitt, was just released in August of 2013 of this year, a week after the CIA finally confirmed the existence of Area 51. Another book about Roswell, with Don Schmitt is contemplated for 2014. A third archaeological "dig" at one of the Roswell crash sites was just completed.


At this point, Tom is 99.99% certain that an extraterrestrial vehicle with crew crashed just north of the town of Roswell, NM in the late evening of July 2, 1947. There is 0% chance that it was a "weather balloon," a "Project Mogul" balloon or anthropomorphic "dummies" from high-altitude parachute drops made during the 1950s. "Occam's Razor" demands this conclusion, as we speak.


Tom resides in Huntingdon Valley, Pennsylvania with his wife of 45 years, Doreen, and they have two grown children