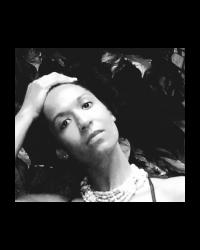 Ti pronounced tai is originally from Philadelphia. She began singing at the age of five, when she was the first to eagerly volunteer for the solo in her kindergarten Christmas concert. She has since honed her skills performing in New York, Madrid, and Paris. After completing her theatre studies at New York Universitys Tisch School of the Arts, she founded Rize Theatre and Dance Company. She then moved to Madrid where she decided to focus on music.

She now calls upon the total of her experiences to find her unique musical universe: a sweet Jazz mixed with Soul, Folk, and Blues.

The band consists of Ti Harmon Voice/Songwriter, Germain Guyot Paino/Songwriter, Thomas Hugenel Bass/Songwriter, Stephane Berti Guitar, and Martin Wangerme Drums. The group has been working together for over a year and combines styles and creative ideas to arrive at their distinct sound. The group debuted its project at the Fronteny Jazz Festival in August 2009.