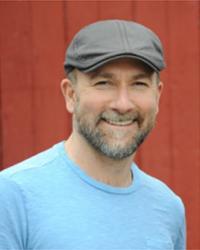 Steve Kramer is a certified teacher of The Practice Of Living Awareness meditation technique. He is also President of The Board of Directors of Spirit Fire. He moved to Leyden, Massachusetts to eventually take on this role after 25 years in New York City. The spirit of exploration and connection took him to NYC, a city of over 8 million people. The same two drives led him to this educational non-profit in a tiny agricultural hilltown of less that 800.

New York City offered Steve access to every shade, sound, and taste that could be gathered from around the world and placed in one dynamic location. There he was introduced to Trans-Himalayan Wisdom Teachings and became a practitioner and teacher of Esoteric Healing, a form of subtle energy healing that works to align an individual with their inner-most source energy.

Meditation is an integral part of this healing practice. While living in NYC, Steve discovered The Practice of Living Awareness and the profound effect that this simple meditation technique could have on one's well-being  This began his relationship with Spirit Fire and his commitment to cultivating consciousness.

It is his belief that each and every human being is an integral facet of the diamond that is universal consciousness. Spirit Fire Retreat Center has become a melting pot of spiritual exploration and connection as guests, teachers, and practitioners from all over the world come together in the name of conscious co-creation. Steve is excited to join Tim in bringing these dynamic individuals to the airwaves on Spirit Fire Radio.
Spirit Fire
Steve Kramer and Tim Darter are the airwave ambassadors of The Practice of Living Awareness Meditation, Spirit Fire's own 14-step meditation practice. We run Spirit Fire, an educational non-profit focused on cultivating consciousness in everyday life. Our meditation practice is used as a platform for our daily online presentations, classes, retreats... and a radio show!