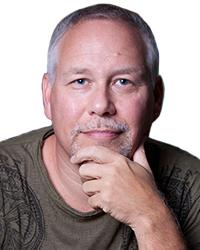 Realizing he was psychic very early on, Tim began his spiritual path at the ripe age of 5 years old and has been fortunate enough to study with Enlightened Masters around the planet. By the time he was 13, he knew the answers to his search for Self Identity were not going to be found in any organized religion having been raised as a Jehovahs Witness. Being raised in this manner gave me insights through the scriptures, yet the wisdom that I incarnated with was unexplained by this man made religion, says Wheatley. My Mother always told me to keep learning. I went on to study the traditional psychology approach to this question. At 14 years old he was immersed into Freud, Carl Jung, Fritz Pearls along with Carl Rogers and many other forms of psychology. His understandings lead him deeper into the realm of self identification. During his late teens and early 20&8242;s he began with experiential workshops from Werner Erhard Seminars TrainingE.S.T. and then SAGE workshops later moving on to facilitating workshops for Clearmind International Institute. Tim has been counseling now for over 15 years. For more detailed info on Tims complete story and his journey to enlightenment check out his website at www.thesouljust knows.com

Tim studied with Hindu Breathwork Masters in India and Buddhist Breathwork Masters from Japan, providing the foundation for Tims breathing techniques. He was trained in Leonord Orrs Rebirthing, Stanislav Grofs Holotropic Breathwork and various other teachers. In 2010, Tim started his own creation Bliss Breath a rebirthing breathwork CD. Without diving into endless chapters of scientific jargon, its a next-generation binaural beats technology, isochronics, solfeggio tones, world instruments, energy vibrations and augmented with heartbeat synchronization and ambient sounds. The result is a breakthrough audio tool that can help you experience deep, tranquil, uninterrupted meditation at the push of a button. What sets it apart from the rest is the use of emotive stimulating Trance/House music. For more detailed info or to listen to a sample check out www.blissbreath.ca