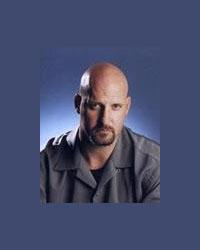 Timothy Zaal is a former racist skinhead currently working as the consultant to the Simon Wiesenthal Center Task Force Against Hate Crime 12 yrs, program facilitator of "From the Depths of Hate" 10yrs, and co-facilitator of the Museum of Tolerance HATE 2 HOPE program 6 yrs alongside Matthew Boger, a former victim of violent hate crime.

Some of Mr. Zaal's past racialist/political affiliations include; Los Angeles area Director of Recruitment & Propaganda for the White Aryan Resistance, and Director of the Southern California Chapter of the Hammerskin Nation. Timothy Zaal has been featured on The Oprah Winfrey Show, GANGLAND, 20/20, Judge Hatchet, and is featured in the Stonewall award winning Book "Freaks and Revelations," written by Davida Willis Hurwin.

Mr. Zaal earned a degree in Alcohol and drug counseling and is continuing his studies toward a degree in social work/social psychology.