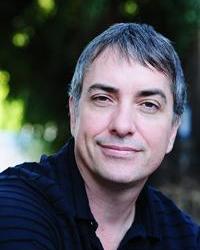 Tobin Blake is the author of Everyday Meditation: 100 Daily Meditations for Health, Stress Relief and Everyday Joy, which was chosen by Conversations Magazine as one of the top 25 books of 2012 that every man must read; and The Power of Stillness, a One Spirit Book Club selection for readers. His short fiction, poetry, and nonfiction have appeared in a number of publications, including Surfer Magazine. Tobin also recently completed work on his first novel, Time Surfers--a young adult fantasy set on a near-future, post-apocalyptic earth. He is currently seeking a publisher for this thrilling original story.


He received his formal training in meditation and Kriya Yoga through Self Realization Fellowship, an international organization with more than 500 temples and centers worldwide, founded by the great Paramhansa Yogananda. Later, Tobin went on to study "A Course in Miracles," a profound spiritual system that has impacted the lives of many thousands around the world. He has been a student of the Course for over twenty years.


Since the publication of The Power of Stillness, Tobin has appeared on television and radio talk shows nationwide, and he has developed a series of inspiring classes on contemporary meditation, spiritual awakening, and health and healing. He is a member of Willamette Writers, and the Pacific Northwest Writers Association, and is available to speak at private and public gatherings.

Born and raised in Los Angeles, he now resides in Bend, Oregon. He has two brilliant daughters, and when he isn't writing or reading, Tobin enjoys staying active, hiking, camping, traveling, and watching great films. He appreciates both the cities of the world as well as the unspoiled countryside.