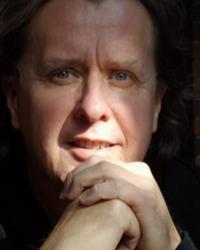 Besides his Write Your Best Seller in a Weekend Retreats, for which he has gained worldwide notoriety, Tom Bird has also made more than 4,500 lecture appearances at 120+ colleges and universitiesnationwide, including such institutions as Duke University, The College of William and Mary, The Ohio State University, etc., considered amongst the finest in the nation.Tom has also written 28 books, several of which have become best sellers. His books have been featured in every major newspaper in the United States, as well as on major radio and television talk shows such the Late Show with David Letterman.His authors have succeeded as well. In 2014 alone, 21 authors who came through his retreats achieved #1 Amazon Best Sellers. Over the years, because of the inside/out, spiritual nature of the method he shares, he has become known by those who have studied under him as a Book Whisperer, Book Shaman or Literary Mid-wife.True to form, Tom's latest book Write/Right From God, which is already a #1 Amazon Best Seller, claims that the reason so many of us are drawn to write books is because in penning those books, we are given the opportunity to commune directly with God, who urgently desires to bridge the gap between the human side of us and the divine within us.For more information, go to: www.TomBird.com