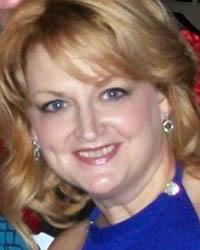 Following a near fatal case of Lyme disease Trish McCleary learned about the personal and political issues surrounding Lyme and knew she had information that could help people. Trish McCleary is now a legislative advocate in MA and Co-founder of S.L.A.M. Sturbridge Lyme Awareness of MA established in 2009. S.L.A.M. is a Lyme awareness and support group hosting monthly "tick talk" meetings in Sturbridge. She served as a Governor appointed member of the MA Lyme Commission and works in support of legislation that has the best interests of the Lyme community.


S.L.A.M. has received citations from both the Senate and House of Representatives for their work related to Lyme disease awareness.


S.L.A.M. was instrumental in introducing the curriculum by Lyme Research Alliance LRAto the Tantasqua school district who has implemented the curriculum for the past 3 years.


S.L.A.M. started "Ribbons Across America" in 2009 which asks homes and businesses to hang lime green ribbons for the month of May to raise awareness and to remember those who have lost their battle with Tick borne diseases. "Ribbons" has become well known across the country with many states participating.


She is the mother of 2 sons with Lyme and a husband with Lyme disease.