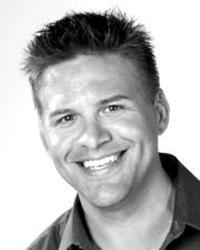 Who would have thought a country boy from Idaho could go on national television, be seen by 28 million Americans every week and still appreciate the simple things like fly fishing on a backcountry stream? That is Troy McClain.


Troy's rise to prominence happened as he climbed Donald Trumps ladder on NBC's "The Apprentice," advancing all the way to the finals. His awards and accolades include being featured in numerous publications, such as Fast Company and USA Today.


Troy has made appearances on multiple national television programs, including Today, Dateline, Larry King Live, Live with Regis and Kelly, HGTV Renovation Countdown, and The Tonight Show with Jay Leno.